What I learned from posting a viral meme 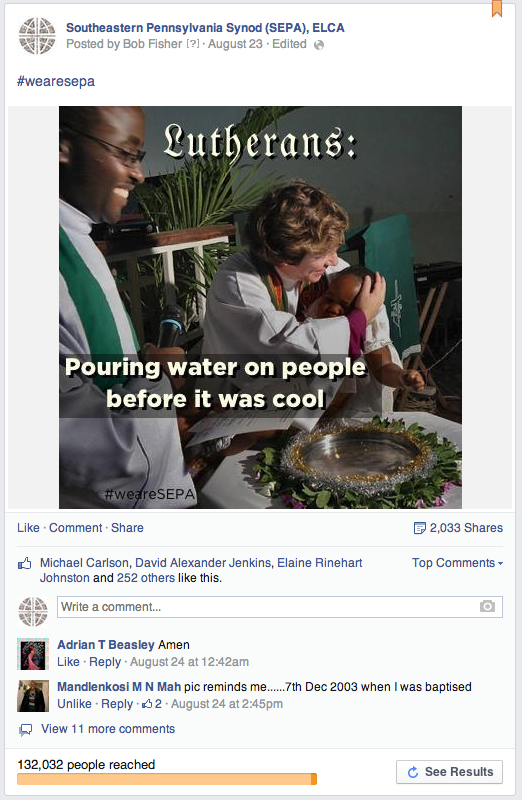 This image was posted, without explanation, last Saturday around 12:30 pm. By Sunday night Facebook reported that it had "reached" more than 100,000 people. As of today it is still getting a few "likes" and "shares." According to our page Insights:
This is for a page with 1,100 "fans," where posts reach 200-500 people on average and engagement numbers in the single digits or teens are the norm.


So what did I learn?


So if you have an image, an idea or an event that is meme-able, dive in. Be strategic about whether or how you promote it. And don't be disappointed if the post reach is only slightly larger -- or slightly smaller -- than your norm; we've had image posts go both ways.