But I tell you, Do not resist an evil person. If someone strikes you on the right cheek, turn to him the other also. (39)

Jesus' command to "turn the other cheek" may have made it into the American lexicon, but it has not worked its way into our life and culture.

Instead, violence is firmly entrenched as one of our constants. In some areas, such as Philadelphia, violence is a daily reality, brought home by the murder yesterday of a young man who came to the city to make a difference teaching and died instead in a botched robbery. In most places we don't have to live in fear of such victimization, yet we are marked by the fear transmitted to us constantly in media. On the national stage, wars and escalating threats of wars seem to be our only tools for dealing with an uncertain world.

Violence begets violence. It's a vicious cycle whether in global politics or life on the neighborhood streets. And in this familiar section of the Sermon on the Mount, Jesus is calling his followers to break that cycle and its many deadly siblings, to act in ways that can stop them in their tracks.

For many of us, the suggestion of not responding when we are attacked is not realistic. We would just be showing ourselves as soft, inviting more and perhaps more intense violence. Yet if we think of cycles of violence, from feuds between neighbors to gang wars to international tensions such as those in the Middle East, it's clear that retaliation just ups the ante. When the victim responds with violence, the attacker is forced to respond in kind or be viewed as weak, ineffective.

Jesus' response is different. If the game turns violent, stop playing. He urges us to be mindful of the many issues and motivations behind the attack sprung on us, and to have compassion on our attacker. By not providing the automatic in-kind response that triggers the next round of violence on their part, we may break the cycle and may be able to bring out a better, more human response from the other. Of course, we may also get pounded harder. It's the approach he modeled himself when accused, put on trial, and taken to the cross.

He skillfully extends this principle to most aspects of our lives. His advice for when one is sued shows us how to avoid playing in the endless cycle of acquisitiveness, of seeking our own advantage in all circumstances (40). The famous "extra mile" command, rooted in a day when a Roman soldier could command an Jew to go one mile, turns the expected response of resentment to an offering (41).

Giving to the one who asks and lending to those who want to borrow (42) is an eloquent way of explaining God's intention for the kingdom. While many of us, myself included, would protest about being taken advantage of or making unwise investments, Jesus' agenda is different. Cycles of poverty and lack of opportunity are as hard to break as cycles of violence. By giving and lending we are not only able to nurture the generosity in us that mirrors God. We are also able to break the cycle of inequality that keeps some people endlessly oppressed.

We often think that receiving charity is a lesser option than "earning," but that is because we assume everyone has equal opportunity. In truth, there are people who can never be on equal footing because of the lack of nurture, of nutrition, of education, connections and capital that come with poverty. And we might whine about 8% interest rates, while in poor neighborhoods people pay bills with short-term loans that may approach 400% interest. Generosity can attempt to correct some of the systemic inequity that we may be blind to.

Jesus is not debunking the old saying of "an eye for an eye..." But he is redefining it. His wisdom is to know that it is not a prescription for our actions but a description of them. If we seek retribution and retaliation, we will get it. If we refuse to break cycles because we "know" that those trapped in them will not respond "properly," nothing will change. But if we respond with the possibility for change, we may, eventually, see change in return. 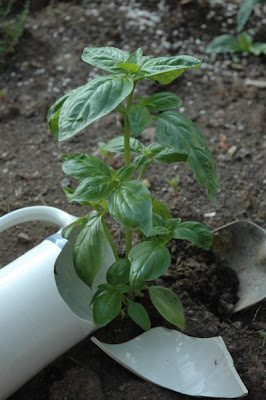